I am a basketball and football fan but the way that the temperatures are setup in the Midwest I prefer to attend basketball games because I don’t like to be cold.  In the fall, I stated that I wanted to see a few of my favorite NBA players play this season.  I had two options.  One was to buy presale tickets or to use Travelzoo, which is an app that has deals and where I bought my tickets last year.

I looked at the schedule and saw a few games that I was interested in attended.  I settled on the Bulls vs. Rockets game because I wanted to see James Harden play, who I absolutely love.  A week before the game Harden and the Rockets were scheduled to play the Bulls he is sidelined because of a hamstring injury.  I was devastated because Harden hasn’t been injured in about 5 years but when it’s my time to see him he’s not playing.  I did have the opportunity to see Chris Paul play again, who was recently traded from the LA Clippers.  Overall, the game was good..  The Rocket took off on a lead early but Bulls came back but couldn’t hold out and let the Rockets get ahead of them in the 4th and becoming victorious in the end.

Of course, hours before the game I was having a wardrobe malfunction.  I should of pulled my outfit together the night before but of course I didn’t and what I had planned in my head did not match.  The other sweater that I ordered when I was shopping for the Chrisette Michele concert did not match the boots that I wanted to wear.  Then, on top of that the jacket I order originally to wear to the Jay-Z concert did not match this other pair of boots I had bought.

I finally got it together, wearing the Own the Night Zip jacket (the original jacket for the Jay-Z concert),   Cassie Distressed jeans, and my tan chained booties.  A little flare was added with my oversized crystal studs and large gold linked chain. 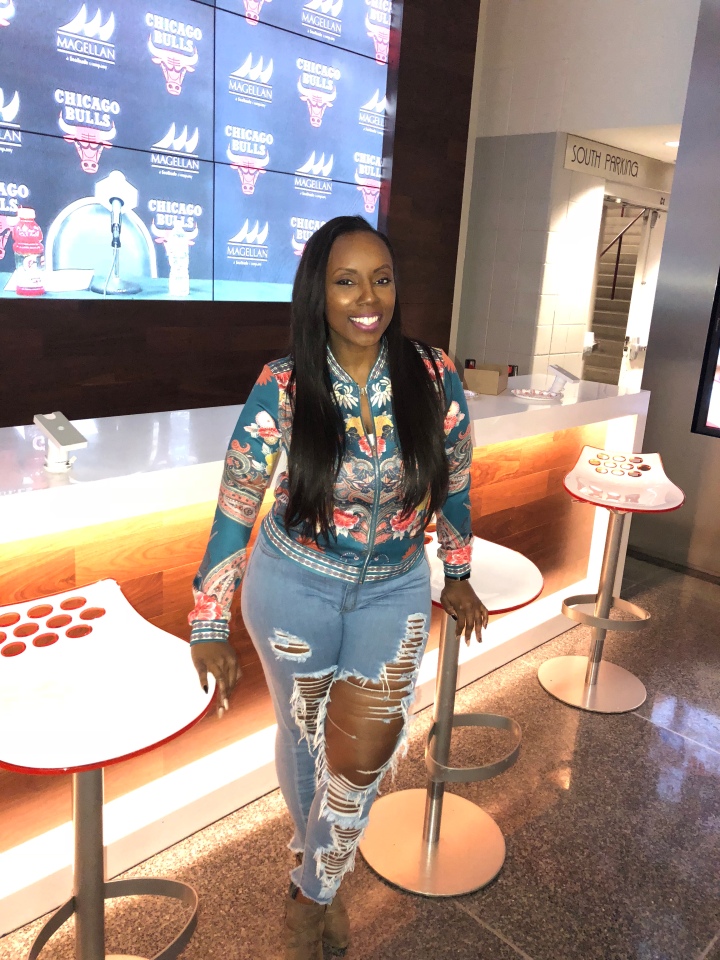 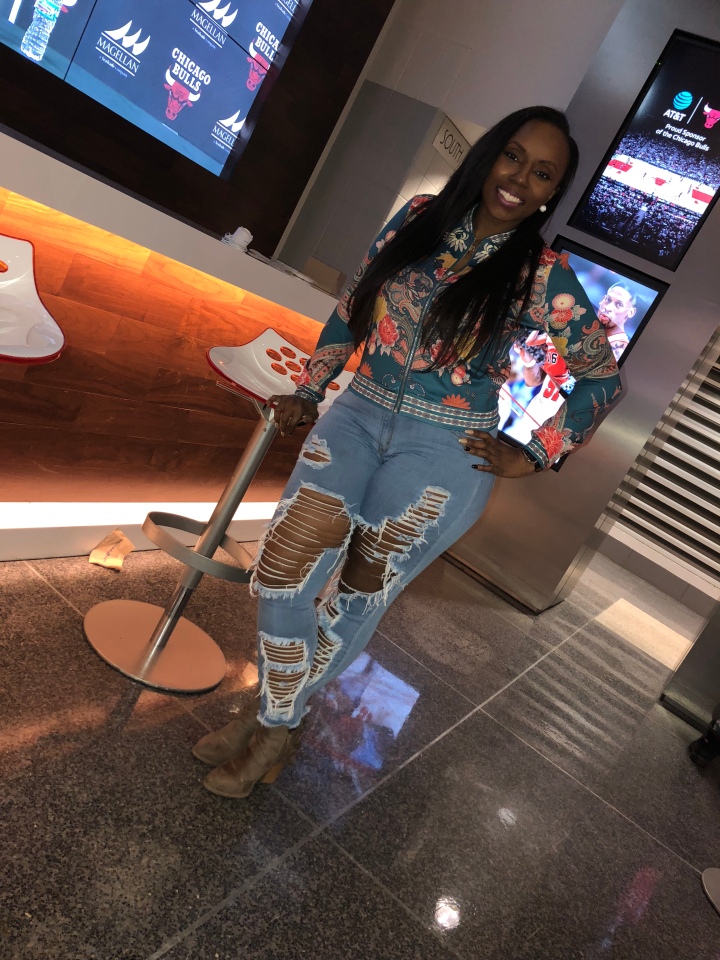 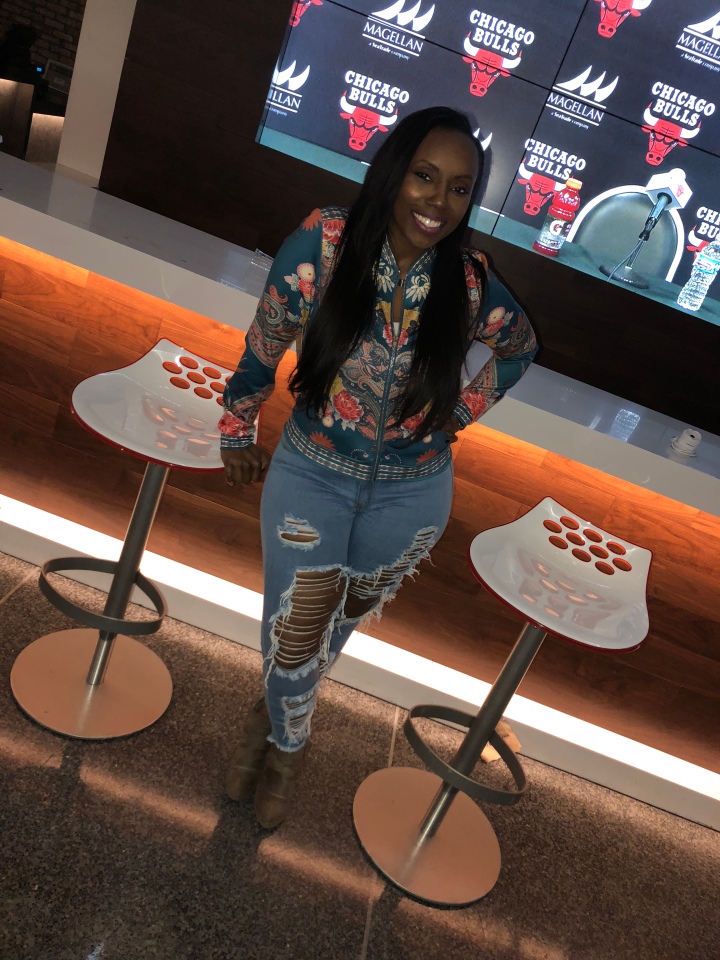 Even though I didn’t get to see Harden play I still enjoyed the game and the company I was with.