When I tell you that bae delivered, he delivered!  The Tremaine Tour was absolutely everything!  He gave his fans two and a half hours of about every song that he has ever recorded and released.

It’s an interesting story behind this concert.  A friend and I were talking about the CD when it released and she suggested that he needed to do a concert for this CD in an intimate setting because it was his most risqué CD, to date.  I did not believe that he would do that type of venue because it was smaller but low and behold I received an email the following Monday stating that he would be at the House of Blues performing a little over a month later.  We immediately got excited and knew that we had to be there for the concert.

As the day of the concert approached I decided that I would tough it out and wear heels to this standing room only event.  I had been wanting somewhere to wear this outfit that I put together forever.  I originally was going to wear it when I was going to go see Chris Brown but changed my mind and opted to wear the outfit for Trey Songz.

I wore a blush high low exaggerated jacket and a pair of nude transparent chunky heels both from Akira.  I added my “Poor Little Fool” bodysuit in ivory and “Day Off” jeans both from Fashion Nova to complete the look.  My nude choker set added a little more pizazz to look. 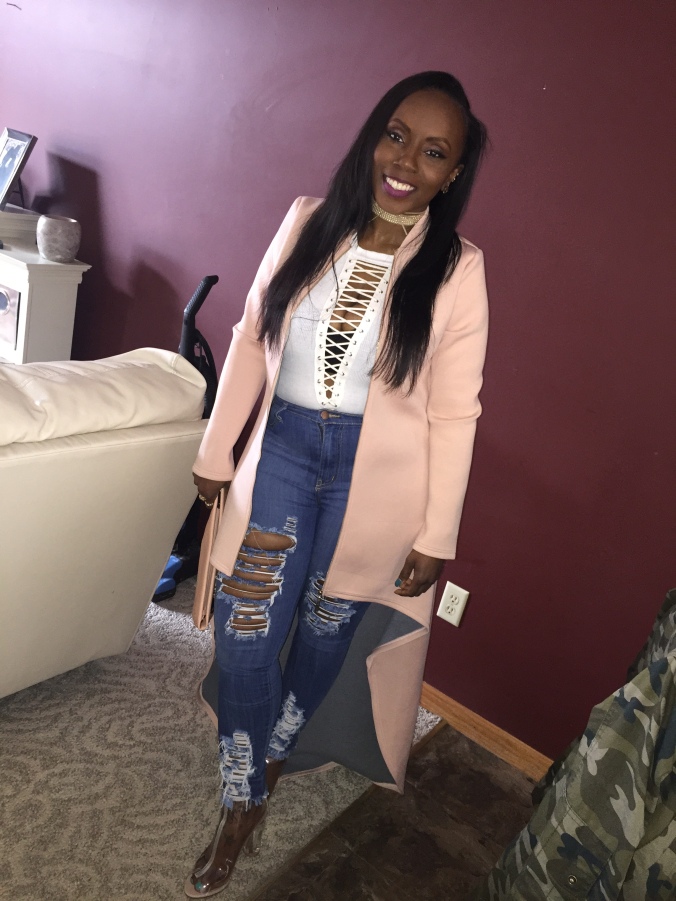 Overall, at the end of the night my feet were on another level of hurt but after standing up for 5 hours my feet would have hurt regardless to whatever shoe I had on.  The concert was awesome and we really enjoyed the night with bae on the stage.