I think the older I get the more into Halloween I become and this year is no different, plus it fell on a weekend. I struggled with the idea of dressing up this year because I had not heard of any local places that were throwing costume parties, plus all my friends were being party poopers and didn’t want to dress up. I decided to dress up anyway even if I was the only one. My friends also convinced me to enter a best costume contest, I didn’t win but I had a blast anyway.

This year costume was Cleopatra inspired. I went as an Egyptian Goddess. I saw several Cleopatra themed costumes but most of them were white. The color white really doesn’t really flatter my figure so when I saw the black one I was in love with it. An added bonus is that the black costume looked like it was of better quality than the other costumes.

The weather never seems to agree with the Chicagoland around Halloween. We had a horrible windstorm with hail and rain showers ruining the trick or treating for the kids but it didn’t keep me from heading out that night. 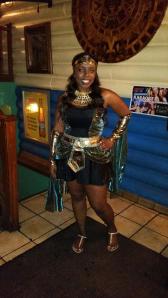 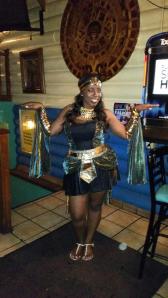 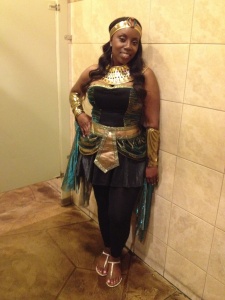 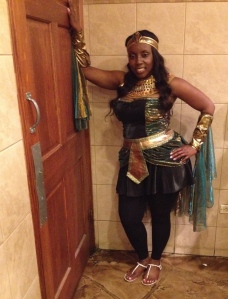 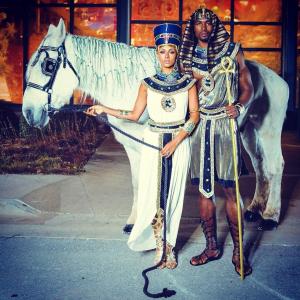