Inspiration can come from anywhere.  Here I am a high school math teacher from Northwest Indiana and I now consider myself a novice blogger.  Originally, I was apprehensive about the idea of becoming a blogger because I never considered myself a great writer but a friend convinced me otherwise.  He expressed that I should share my talents with the world. Surprisingly, people have actually viewed my blog all the way in Brazil, Turkey, and India, just a few.  I’m constantly coming up with ideas that I want to share with my followers but I’ll save those for another blog.

This great friend of mine also has talents of his own. He is Maurice Walker one of the most talented photographers in the region.  As he was trying to influence me to start a fashion blog, I was doing the same for him.  Maurice started with his iPhone taking pics, of the great landscape and architecture in the region and in the Chicagoland area, where he was posting them to Instagram.  He received so many likes and compliments on his pictures.  One day I just asked him, “Have you ever photographed people?  Would you be interested in doing that?”  He admitted that he was nervous about it but I encouraged him to give it a try.  Since then he’s photographed several people and even some events.  He also subcontracts with a local photography business.

Now let’s get to the real meat and potato of this blog.  With us both being novice at our talents, he suggested that we should collaborate to get exposure for both of us, but mostly him.  I agreed and that’s where it all started.  We first had to decide on a location.  He suggested an abandoned church in Gary, where he thought we could get some awesome shots being that they there was great graffiti in the building.  I immediately began to think of my attire for the photo session.  Being that the location wasn’t clean or structurally sound, I knew I wanted to wear some footwear that would be comfortable and protective.

As I pondered, I wanted my attire to have an urban feel with a feminine twist.  I immediately knew I had a jacket in my closet that would be perfect.  The jacket has a 80s inspired look that was acid washed with a hood. I paired the jacket with a pair of black leather joggers, a white t-shirt, and a pair of retro Jordan 12s, “the Taxis.”  I wanted a subtle look for my makeup.  I went with neutral shades on my eyes using the “Makeup Academy Blockbuster” palette from Sephora and added pop on my lips with Mac’s Ruby Woo.

The photo shoot went great.  We had a great time and he really got some great shots.  It was a learning experience for both of us and I realized it looks easy on TV.  When you are in front of the camera, you definitely have to be patient.

Maurice Walker Photography is available for bookings.  You can inbox him on Facebook (Mr. Maurice Walker) for more information about his prices and availability.  Follow him on Instagram (@more_REESE) to see some of his work.  He also has a website coming soon.  I’m sure we will be collaborating again in preparation for his website launch, so stay tuned!!!

Also remember to follow my blog msjosiescloset.com to keep up with the latest fashion info, tips, and what I’m wearing. 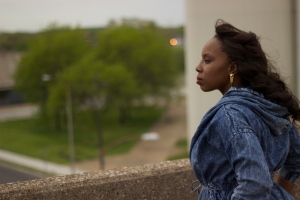 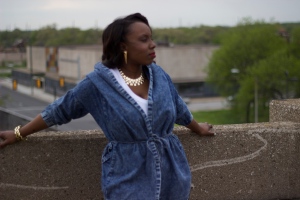 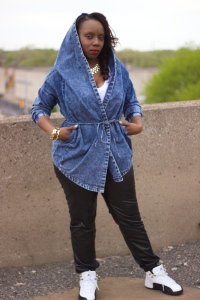 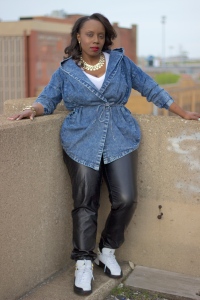 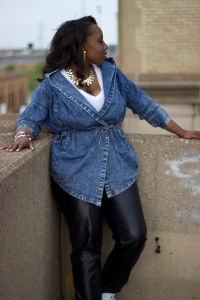 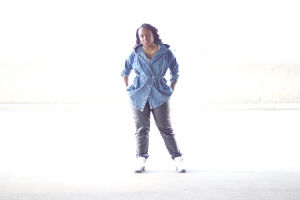 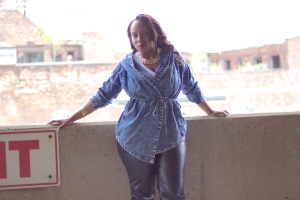 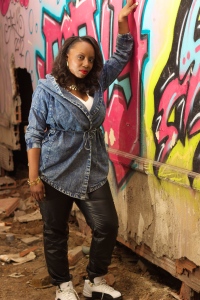 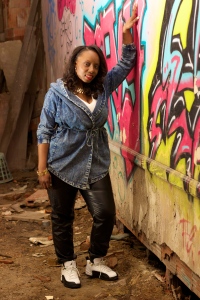 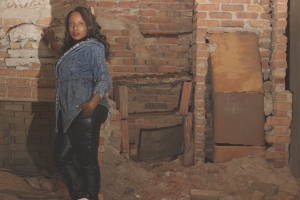 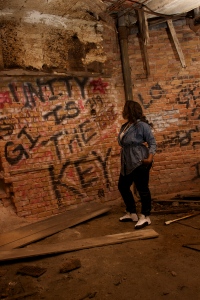 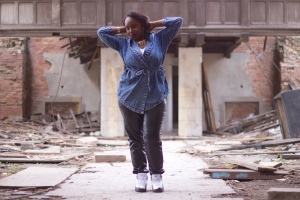